Pakistan mourns on the sad demise of Rana Bhagwandas, the first Hindu chief justice of Pakistan. 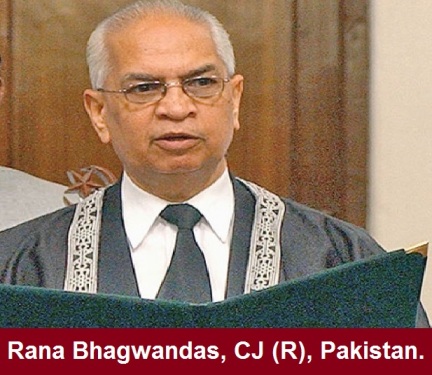 He was the first Hindu and the second non-Muslim head of the supreme court of Pakistan.

The 72-year-old former judge was under treatment for a heart ailment at a private hospital at the time of his passing.

Rana Bhagwandas was born on December 20, 1942 in a Hindu Sindhi Rajput family in Naseerabad, Larkana District (now Qambar Shahdadkot District) in Sindh. He studied law and received a Masters degree in Islamic Studies and was considered an expert on constitutional law.

Bhagwandas also worked as the Chairman of Federal Public Service Commission of Pakistan. He headed the interview panel for the selection of the Federal Civil Servants 2009.