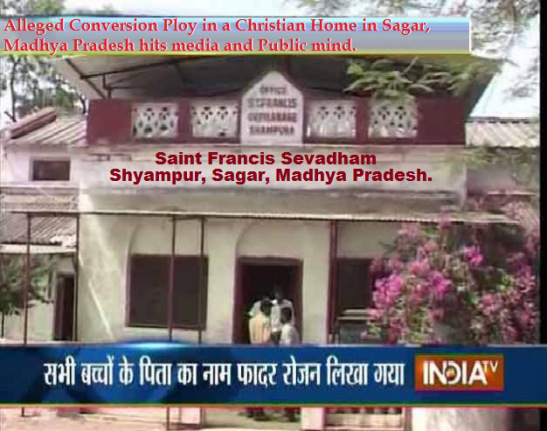 HENB | Bhopal | May 8, 2015:: As per a report revealed by Anurag Upadhyay  in India TV, around seventy children of Saint Francis Sevadham, an orphanage at Shyampur in Sagar district of Madhya Pradesh, have been allegedly converted to Christianity. Name of Father Rogen Kristen, who administered the establishment earlier, has been mentioned in the column ‘father’s name’ of all 70 children.

The incident came into light after Omkar Singh, an RTI activist who works for the child welfare in Sagar, discovered that Rogen Kristen was being mentioned as father of these orphanage’s children.

The children in the orphanage also confirmed the allegations of conversion. Many children have forgotten their original identity including their names.