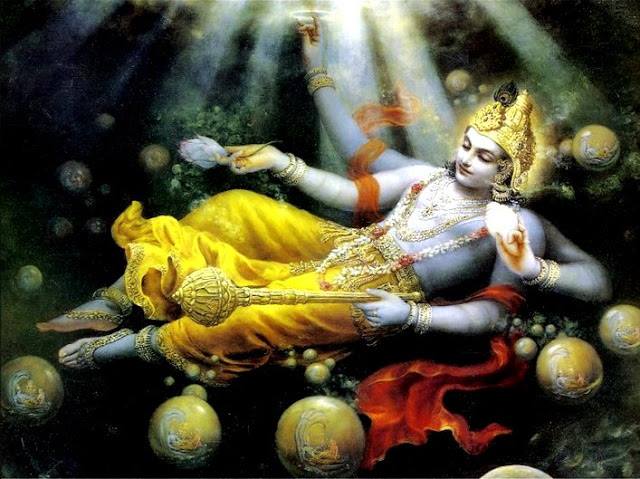 Astro-Hinduism —-The Knowledge of Bhagavatam.

There is a wealth of Astronomical data available in ancient Hindu scriptures. I’ll first share our current knowledge about Astronomy and then we can compare it with the details provided in our ancient texts to get a clear picture about where we stand.
Modern Astronomy talks about a Single Universe comprising of Dark Matter and brighter Heavenly bodies like the Galaxies, Stars, Planets, Asteroids, Satellites etc.

This entire matter (and anti-matter) is believed to have emerged about 14 Billion Years ago in time, from a momentous explosion called the Big Bang.

Many of us may have encountered the number 108 in various ancient cultures.. There are 108 gopis of Vrindavan, Mukhya Shivaganas are 108 in number, Zen priests wear 108 bead rosaries, Chinese and South-Indian martial arts describe 108 pressure points on the body, Stonehenge is 108 feet in Diameter..

Did you know the…