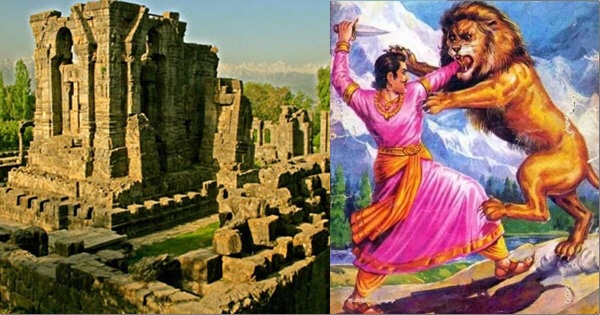 Kashyap’s Mira! Mira in Sanskrit means a huge lake, Sarovar. Rishi Kashyap is one of the Saptarishis, seven sages of the present Vaivasvata Manvantara. Those who belong to Kashyap Gotra are said to be the progenies of this Rishi.

Prajapati Daksha gave away thirteen of his daughters in marriage to Kashyap Rishi. Devatas, Danavas, Yakshas, Nagas etc, all are progenies of Kashyap.

There was a huge, beautiful lake amidst the Meru Parvat range.

Lord Shiva along with his consort Sati were very attracted by the beauty of the lake and were the regular visitors to the lake. Kashyap presented this lake to Sati. The lake was then called Sati Sar.

A demon called Jalodbhava started residing in the lake and started terrorising the people around the lake. People living in the vicinity went to Kashyap complaining and sought help. Kashyap called his Naga son Ananta Naga to plan a strategy…