“”I will be surprised if my military did not rape Tamil women.”

This he  said in his statement in an interview.

“Now, she [Damilvany Kumar] says that there had been all these alleged rape and murder and all these things. Now she is one person who will get attracted by soldiers, because she is so different from others.

I want to know whether she was raped. She was there for one year. She came with the IDPs, and she was in the IDP camps.”

The permanent secretary to the Ministry of Disaster Management and Human Rights,Rajiva Wijesinha, stating that allegations of rape by the…

In a startling development Mahesh Keshavam, Gangadhar Yadav and Akbar Patel have announced that they’ve deciphered the Indus Valley script. Their task was made simple by the discovery of an Indian equivalent of the Rosetta Stone. For those who don’t know, the Rosetta Stone, an ancient Pharaonic-Egypt decree discovered in the 18th century, helped decipher the ancient Egyptian script.

The Indian equivalent of the Rosetta Stone, called the Naga Stone by the trio who discovered it, has a message from a king who lived many millennia ago, inscribed in three different scripts. One of these is the ancient Brahmi script, which as we all know, has been deciphered already.

“We discovered the Naga Stone in Nagaland, and hence the name,â€� explained Mahesh. “It appears to be a message from a local ruler, prescribing that a certain festival celebration be followed strictly. It has the same message in three different scripts, one of which is Brahmi, which we can read. Since the message is the same across the other scripts, it was a simple job of matching words to decipher the other scripts.â€�

Interestingly, all three scripts including Brahmi can be identified as Indus Valley scripts since they contain symbols commonly found in Indus Valley seals. The Indus script (which is a hieroglyphic script, like that of Mandarin) has largely been found to be inscribed on small seals that were probably used for trade and, some say, for inspirational quotes as well.

Akbar said, “What we have discovered is that there was not one uniform Indus Valley script. There were many, each differing from the other quite a degree, even if some of the symbols were similar. In fact, one of the scripts is even written right to left!â€�

It is a common view among linguistic experts that there should be one standard Indus Valley script. It seemed logical as everything within the Indus Valley civilisation seemed to be rigidly standardised, from the dimensions of the bricks used in construction to the broad layouts for cities. It appears that the linguistic experts were wrong. Different regions did use different scripts. But was the language common?

“Yes, the language was common even though the scripts were different,â€� said Mahesh. “And the language was Sanskrit.â€� At the look of surprise on my face, Gangadhar stepped in. “You know,â€� explained Gangadhar, “the practice of using the Devanagiri script for the Sanskrit language is a relatively recent phenomenon. In ancient times, many other scripts were used, including the Brahmi script. In fact, ancient manuscripts have been found in Kerala wherein Sanskrit had been written in the Malayalam script. So the idea of using different scripts for the same language is not new in India. Of course, originally, Sanskrit had no native script and was primarily an oral language.â€�

But this obviously raises questions about the version of history taught to us. We are taught that the Indus Valley people were Dravidians who were indigenous Indians. They were, apparently, overrun by Sanskrit-speaking Aryan invaders and pushed to the south. So how can the script of a defeated people be used for the language of the victors?

“If you read the message on the Naga Stone itself,â€� said Akbar, “your doubts will be cleared. There was no so-called Aryan invasion. Unbiased historians have always marvelled at this strange dichotomy in ancient Indian history-the Indus Valley civilisation, the largest, most urban and richest civilisation of its time, purportedly left behind no literature or markers of high culture; whereas the so-called Aryan invaders from Central Asia, who didn’t build any great cities and were apparently barbaric warriors, left behind the largest body of literature when compared to any other people of the ancient world. The only logical explanation is that the Indus Valley civilisation and the Vedic-erroneously called Aryan-civilisation were one and the same.â€�

“In India, the study of history is unfortunately heavily politicised, with left- and right-wing ideologues making arguments based on their ideological positions rather than facts,â€� said Gangadhar. “They both, sadly, allow their ideological leanings to cloud their thinking. Therefore, today, we have to turn to Westerners or non-professional Indian historians who are still untouched by the politics that plagues our history departments, to find unbiased interpretations of our history which are based on facts. Most Western historians have already junked the Aryan Invasion Theory as colonial-era, European myth-making.â€�

But the convincing proof is the Naga Stone itself. The message written on it is unambiguous. The local ruler of that time, Vasuki, said that the ancient Naga celebration of Panchami must be followed since it had come down to his people (whom he called Vedic people) from an ancient 10,000-year-old tradition from Sangam and Dwarka. Since the stone itself is at least 3,000 years old, it makes the ‘mother cultures’ of Sangam and Dwarka more than 13,000 years old, that is, before the end of the last great ice age.

But where were Sangam and Dwarka? “We believe that Sangam refers to an ancient Tamil civilisation and Dwarka to an ancient Gujarati one,â€� said Akbar. “It would seem that the British writer, Graham Hancock, was right. He had postulated that there were many ancient civilisations spread across the world before the end of the last great ice age, when the sea levels were a lot lower. Two of those civilisations were based in India -one off the coast of modern Tamil Nadu and another off the coast of modern Gujarat. These civilisations were destroyed when the ice age ended and the sea levels rose. The survivors escaped to the north and established what we call the Vedic civilisation. So, according to Graham Hancock, the ancient Vedic civilisation descended from an even more ancient Tamil and Gujarati civilisation. The Naga Stone has just confirmed this theory.â€� Clearly, our history books need some rewriting!

– Amish Tripathi is the author of The Shiva Trilogy

A book titled “Biocentrism: How Life and Consciousness Are the Keys to Understanding the Nature of the Universe“ has stirred up the Internet, because it contained a notion that life does not end when the body dies, and it can last forever. The author of this publication, scientist Dr. Robert Lanza who was voted the 3rd most important scientist alive by the NY Times, has no doubts that this is possible.

Beyond time and space

Lanza is an expert in regenerative medicine and scientific director of Advanced Cell Technology Company. Before he has been known for his extensive research which dealt with stem cells, he was also famous for several successful experiments on cloning endangered animal species.

But not so long ago, the scientist became involved with physics, quantum mechanics…

Is the idea of reincarnation just religious superstition or new-age wishful thinking? Reincarnation is spoken of in many cultures and religions as something that occurs to souls when they have lessons that still need to be learned in physical incarnation. For example, let’s say I was born into a rich family and coasted through life in comfort and freedom without struggle. When I return home to the spirit realm, I may need to reincarnate again into the physical plane to experience struggle and hardship in order to fully appreciate what comfort and freedom are. Some return for lessons, some apparently return to alleviate karma from past-lives, and some return simply to do good work on the earth and help other souls evolve here. But is there any scientific credibility to the belief in reincarnation?

Before we answer this question, it’s helpful to remember that we do not need hard…

Here Are 16 Foods So Bad For You They’re BANNED In Some Countries. But Not America. –

There are foods that you eat, possibly every day, that are so toxic that they are banned from being used in countries.

The European Union, China and other superpowers have backed off from using some heavily processed foods and chemicals that have been proven to cause health issues when consumed. But not the United States.

You have probably consumed at least one of these food items in the past day, if not more. Each and every one of them have been banned in other countries.

It’s been proven that countless processed foods and additives are terrible for the population’s health, yet the United States has yet to ban them. This is just another reason to start growing your own fruits and vegetables in your…

The Hindu Wedding ceremony is a long and elaborate ceremony, with every step rooted in Vedic tradition, signifying various aspects of life that is to follow after the wedding. The mandap-canopy or marriage stage is decorated with flowers and with a fire as witness, the Hindu wedding ceremony begins.

The groom arrives for the wedding with his family. They are all greeted by the bride’s family. The bride’s mother then performs a welcoming ritual and leads the groom to the Mandap. 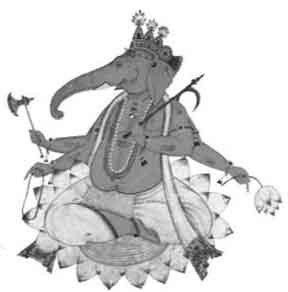 The wedding ceremony begins by offering a prayer to Lord Ganesh. Lord Ganesh is worshipped, so he may remove all obstacles and bless the couple.

The bride is escorted down the aisle to the Mandap by her maternal uncles.
Upon arrival, the bride’s father takes…